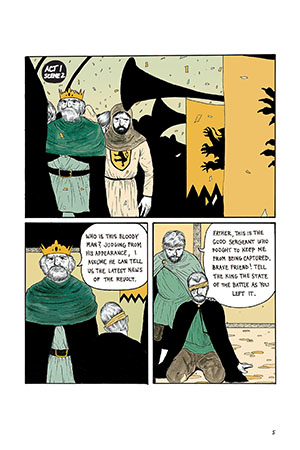 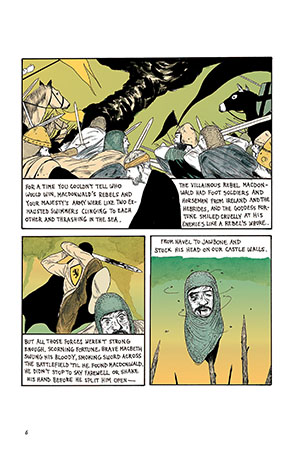 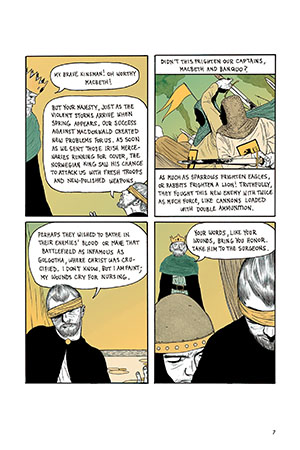 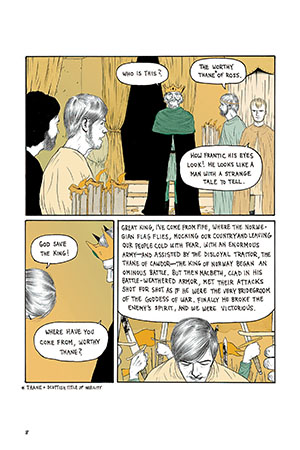 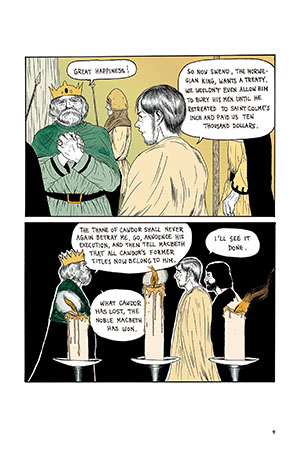 DUNCAN: Who is this?

MALCOLM: The worthy thane* of Ross.

LENNOX: How frantic his eyes look! He looks like a man with a strange tale to tell.

ROSS: God save the king!

DUNCAN: Where have you come from, worthy thane?

ROSS: Great king, I've come from fife, where the Norwegian flag flies, mocking our country and leaving our people cold with fear. With an enormous army—and assisted by the disloyal traitor, the thane of Cawdor—the king of Norway began an ominous battle. But then Macbeth, clad in his battle-weathered armor, met their attacks shot for shot as if he were the very bridegroom of the goddess of war. Finally he broke the enemy's spirit, and we were victorious. 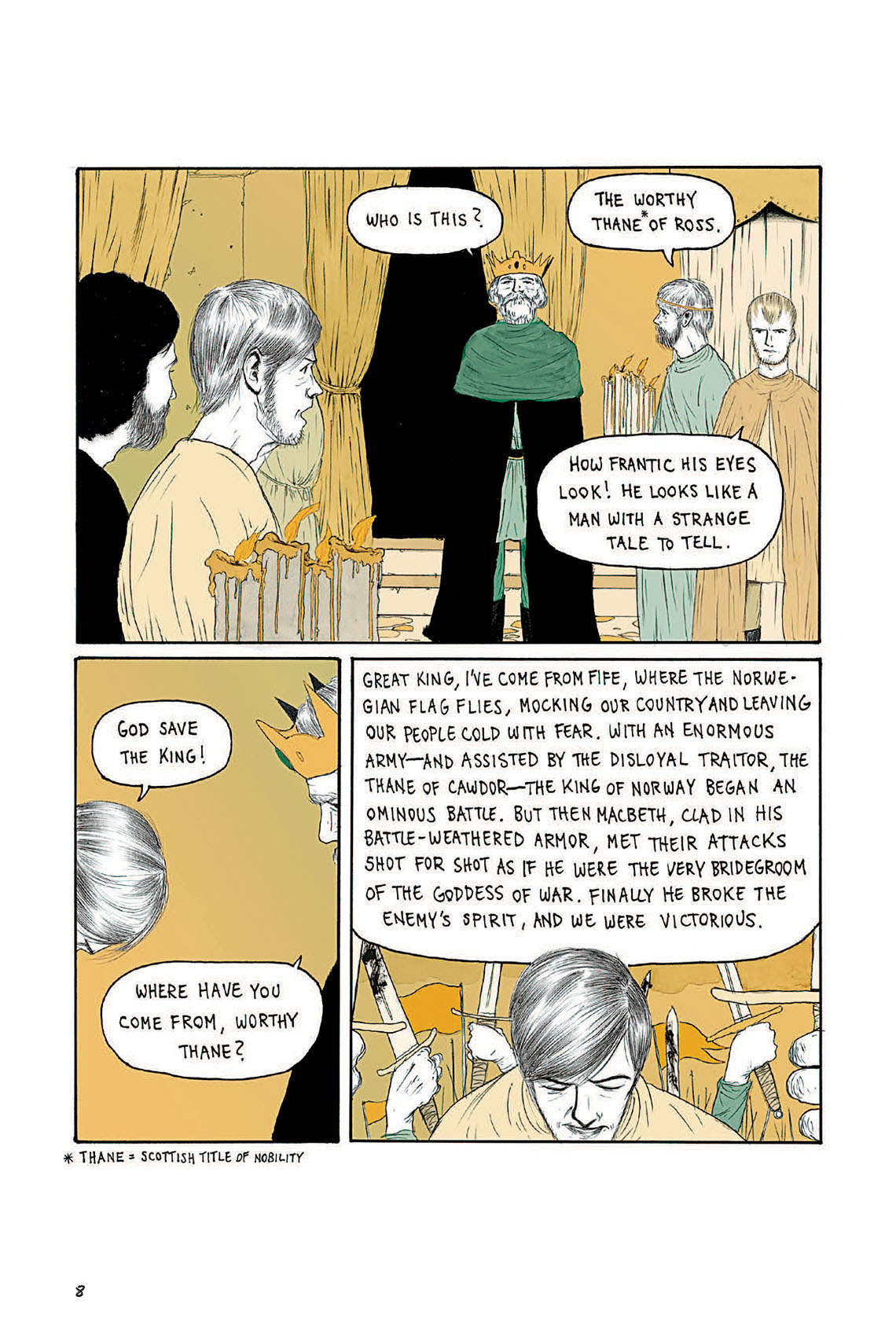