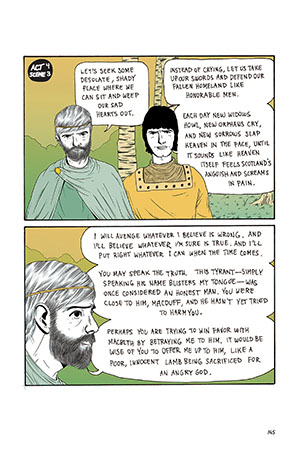 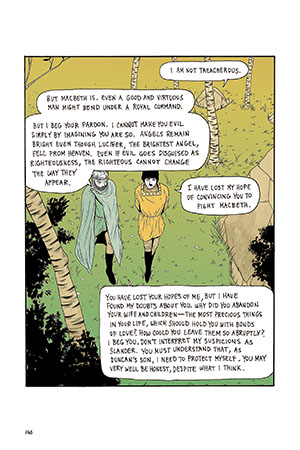 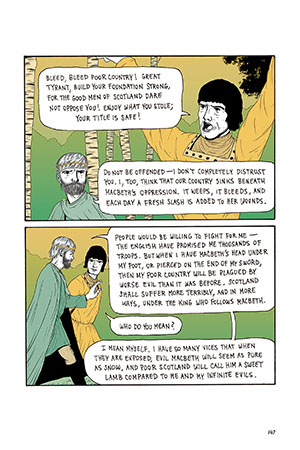 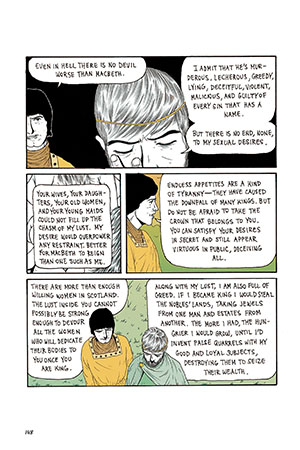 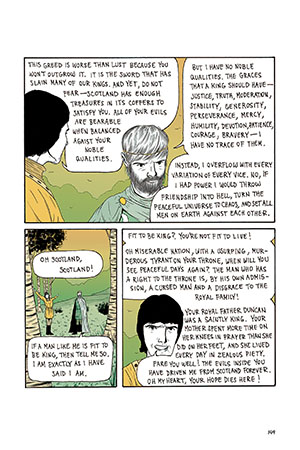 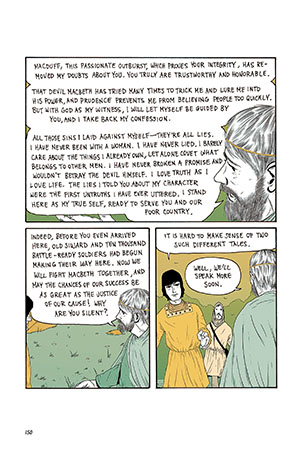 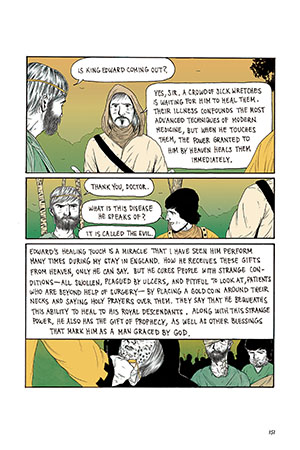 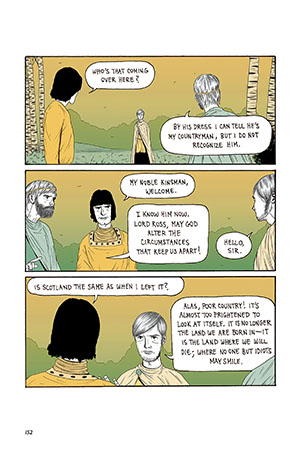 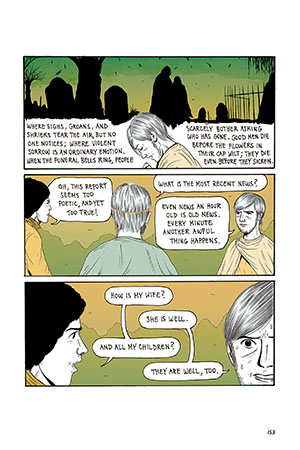 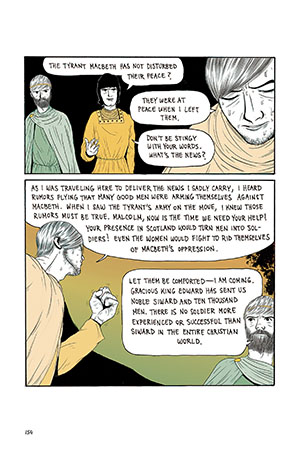 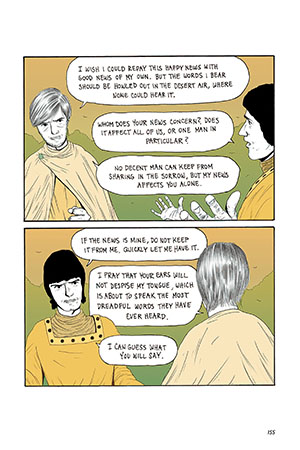 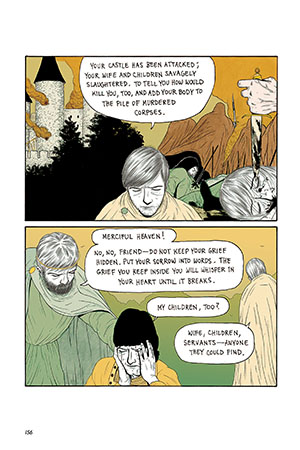 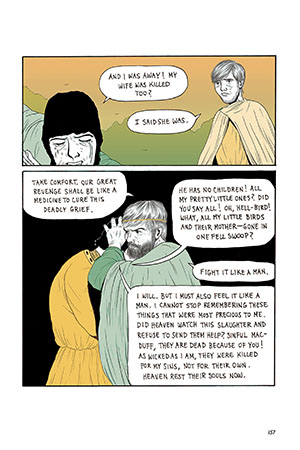 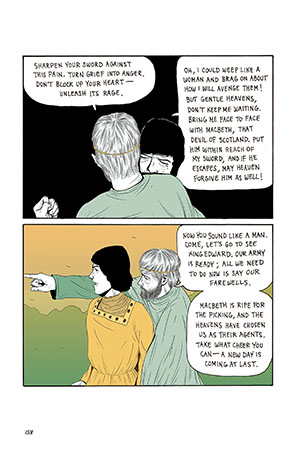 MACDUFF: Bleed, bleed poor country! Great tyrant, build your foundation strong, for the good men of Scotland dare not oppose you! Enjoy what you stole; your title is safe!

MALCOLM: Do not be offended—I don't completely distrust you. I, too, think that our country sinks beneath Macbeth's oppression. It weeps, it bleeds, and each day a fresh slash is added to her wounds.

People would be willing to fight for me—the English have promised me thousands of troops. But when I have Macbeth's head under my foot, or pierced on the end of my sword, then my poor country will be plagued by worse evil than it was before. Scotland shall suffer more terribly, and in more ways, under the king who follows Macbeth.

MACDUFF: Who do you mean?

MALCOLM: I mean myself. I have so many vices that when they are exposed, evil Macbeth will seem as pure as snow, and poor Scotland will call him a sweet lamb compared to me and my infinite evils. 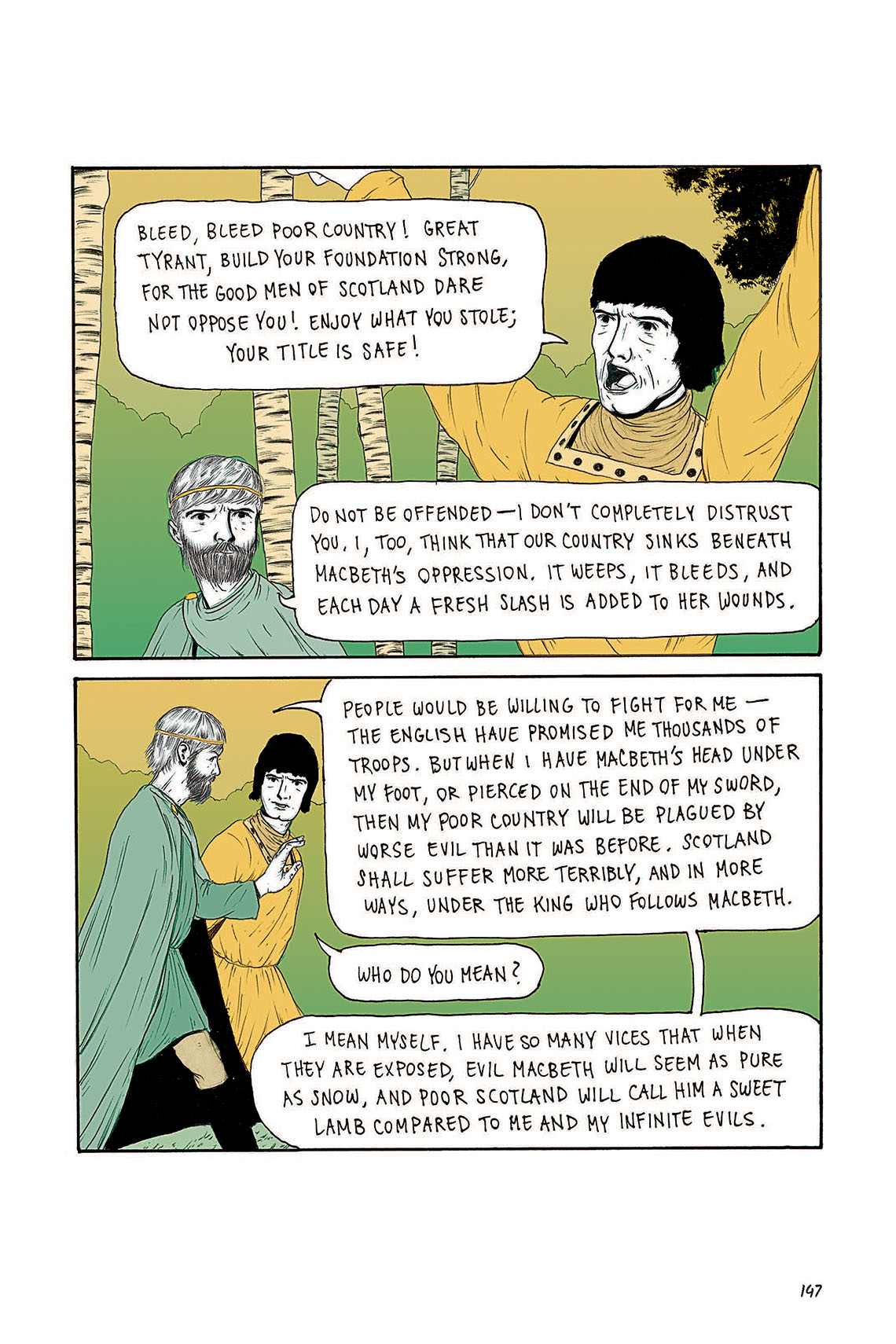