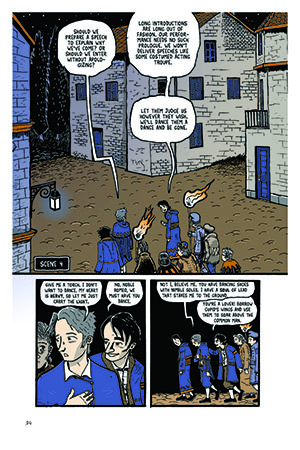 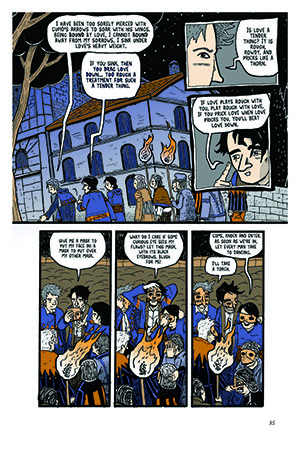 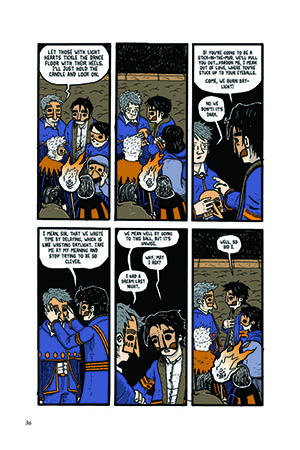 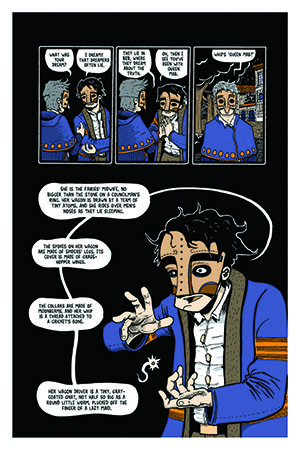 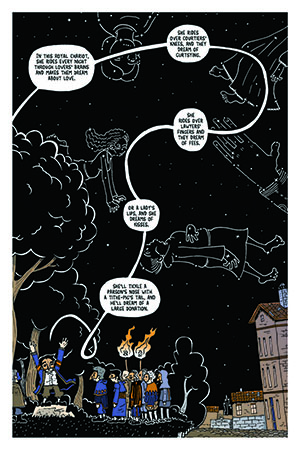 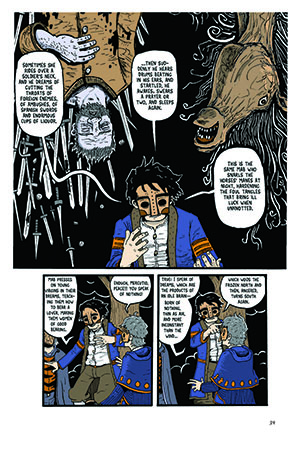 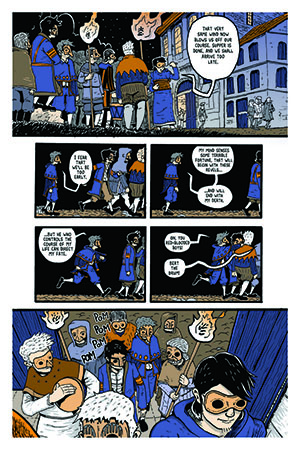 MERCUTIO: Sometimes she rides over a soldier's neck, and he dreams of cutting the throats of foreign enemies, of ambushes, of Spanish swords and enormous cups of liquor.

...Then suddenly he hears drums beating in his ears, and startled, he awakes, swears a prayer or two, and sleeps again.

This is the same Mab who snarls the horses' manes at night, hardening the foul tangles that bring ill luck when unknotted.

Mab presses on young virgins in their dreams, teaching them how to bear a lover, making them women of good bearing.

ROMEO: Enough, Mercutio, peace! You speak of nothing!

MERCUTIO: True: I speak of dreams, which are the products of an idle brain, born of nothing, thin as air, and more inconstant than the wind…which woos the frozen north and then, angered, turns south again. 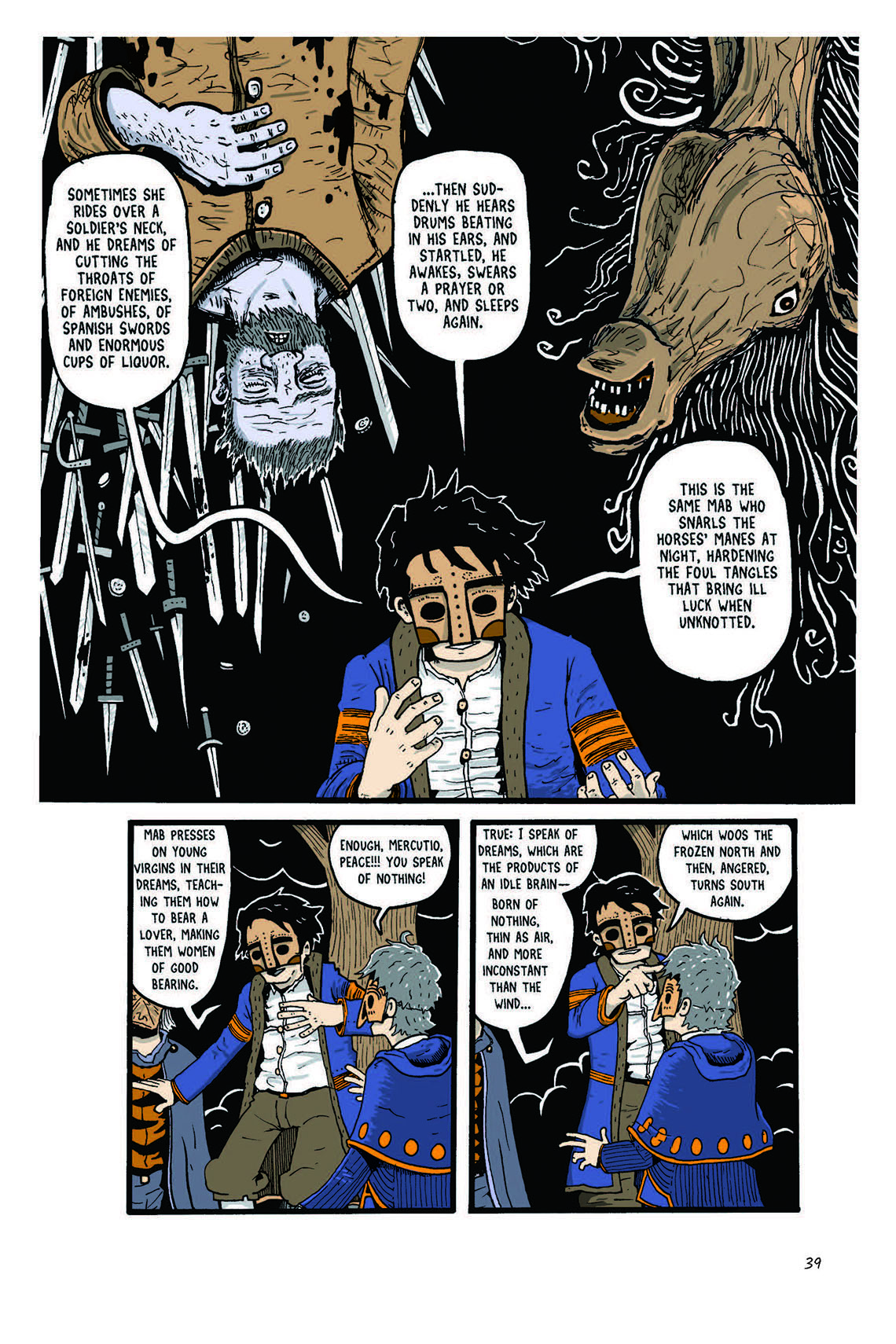