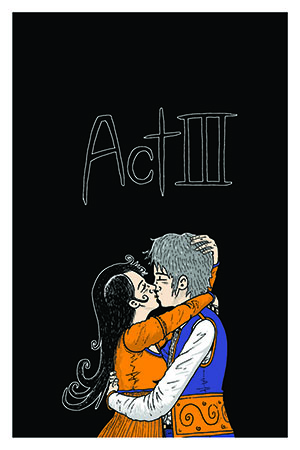 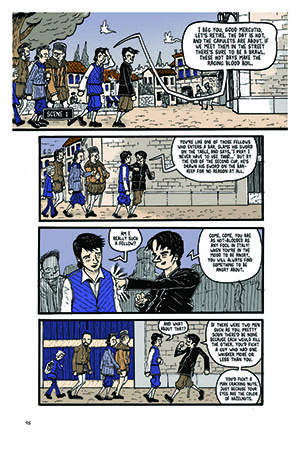 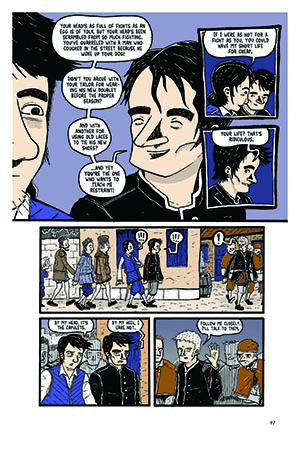 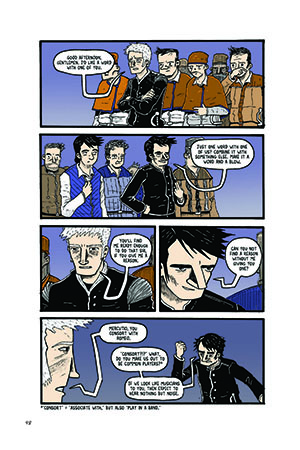 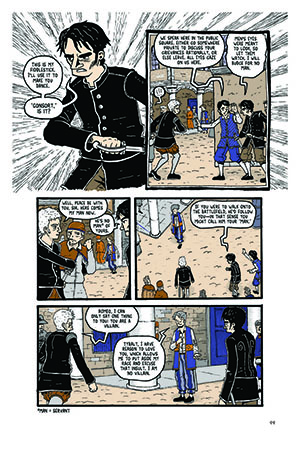 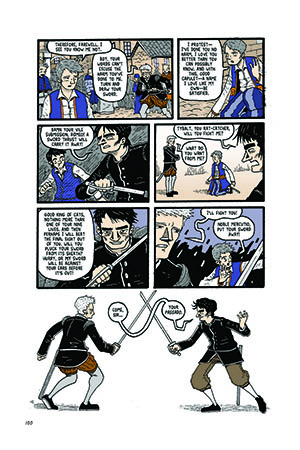 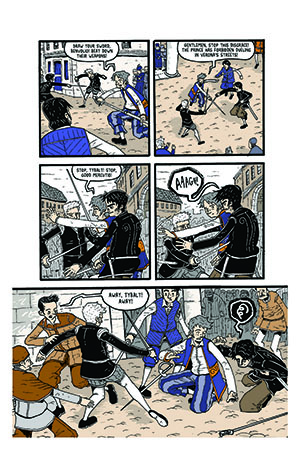 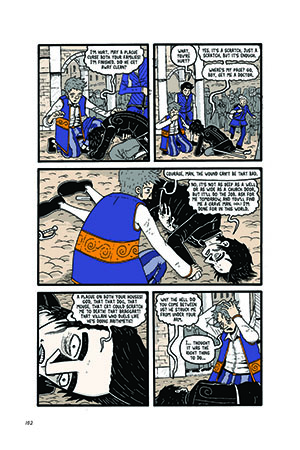 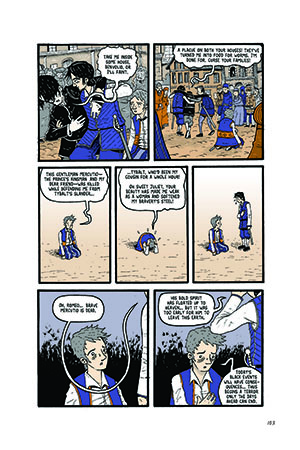 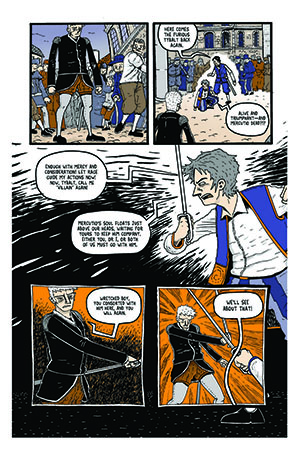 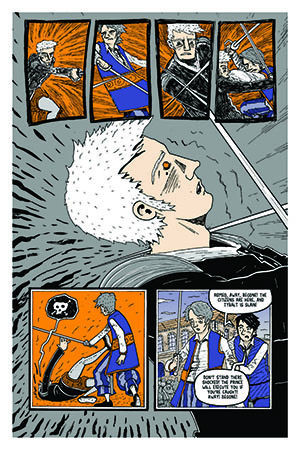 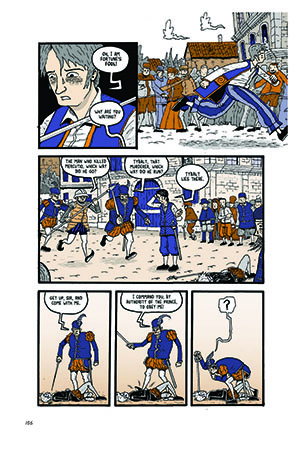 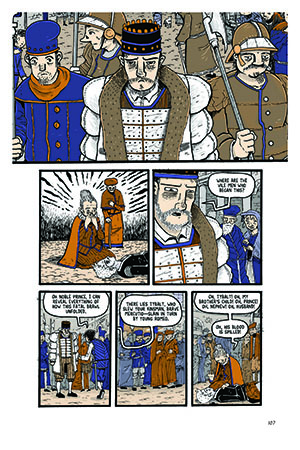 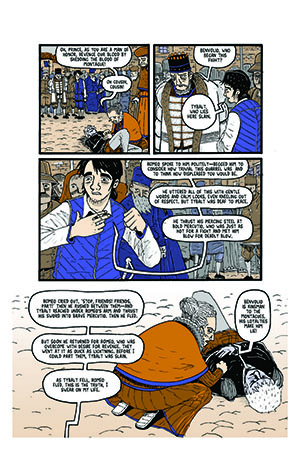 LADY CAPULET: Oh, prince, as you are a man of honor, revenge our blood by shedding the blood of Montague!

Romeo spoke to him politely—begged him to consider how trivial this quarrel was and to think how displeased you would be.

He uttered all of this with gentle words and calm looks, even kneeling out of respect. But Tybalt was deaf to peace.

He thrust his piercing steel at bold Mercutio, who was just as hot for a fight and met him blow for deadly blow.

Romeo cried out, "Stop, friends! Friends, part!" Then he rushed between them—and Tybalt reached under Romeo's arm and thrust his sword into brave Mercutio. Then he fled.

But soon he returned for Romeo, who was overcome with desire for revenge. They went at it as quick as lightning. Before I could part them, Tybalt was slain.

As Tybalt fell, Romeo fled. This is the truth, I swear on my life.

LADY CAPULET: Benvolio is kinsman to the Montagues. His loyalties make him lie! 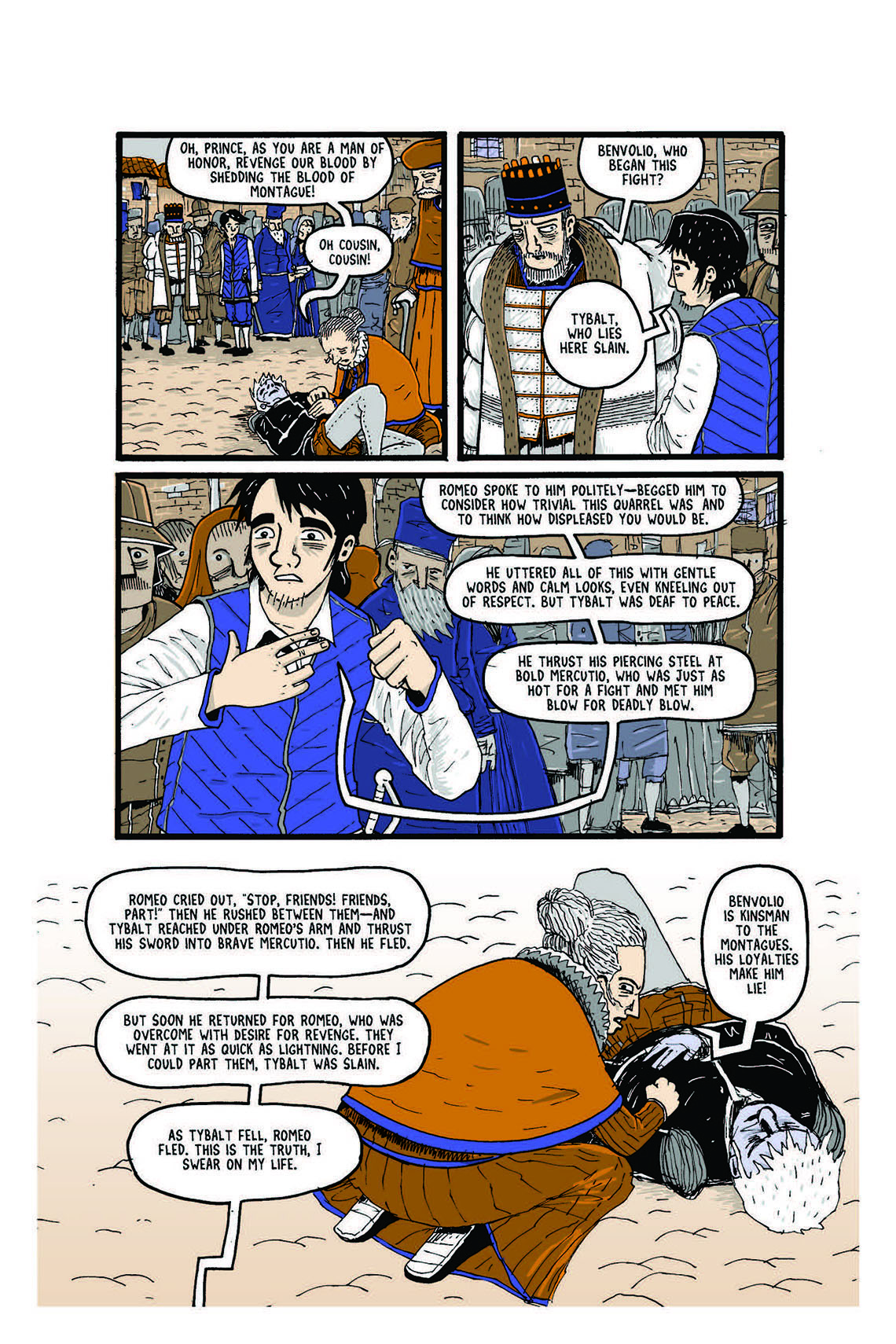