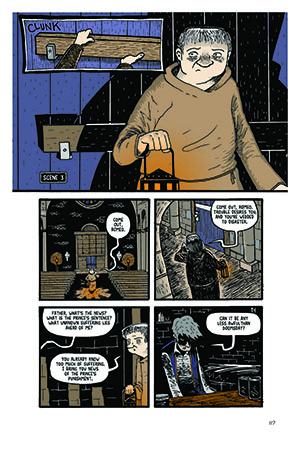 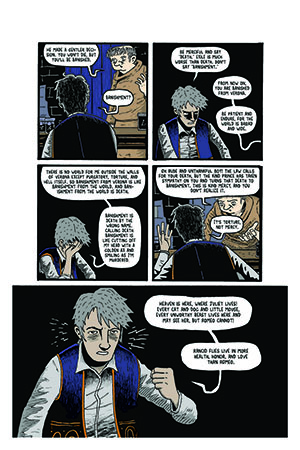 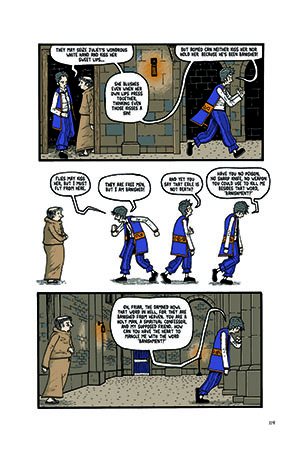 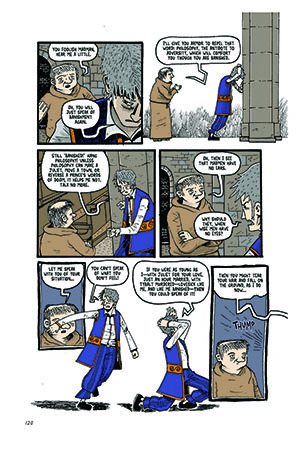 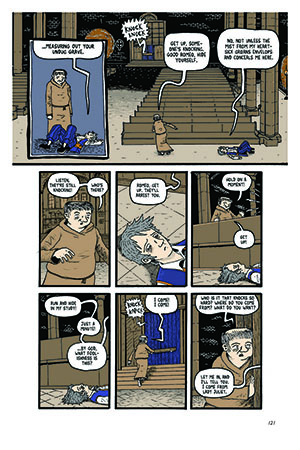 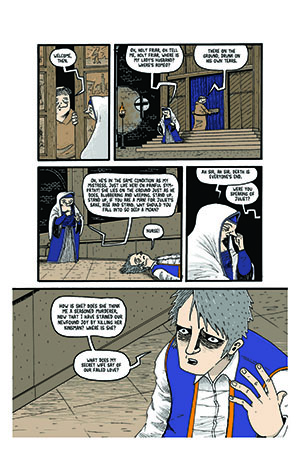 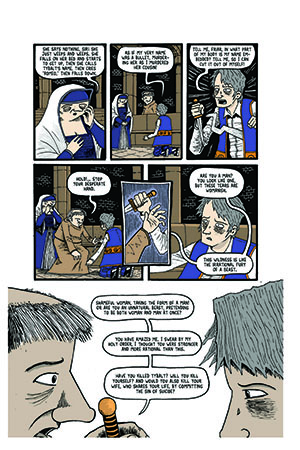 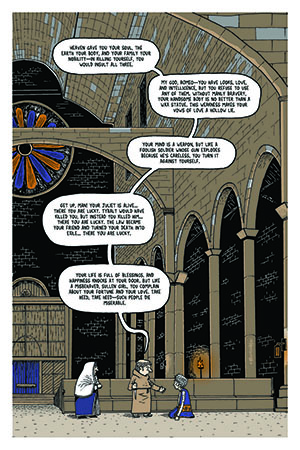 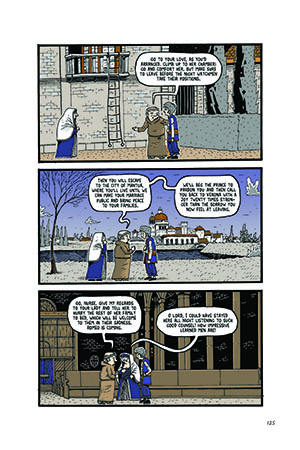 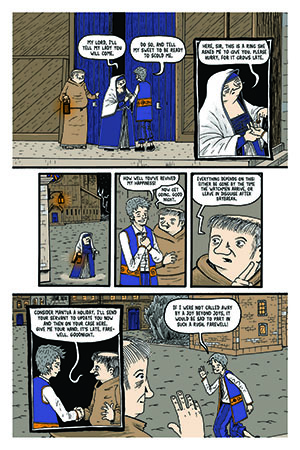 FRIAR LAWRENCE: He made a gentler decision. You won't die, but you'll be banished.

FRIAR LAWRENCE: From now on, you are banished from Verona.

Be patient and endure, for the world is broad and wide.

Banishment is death by the wrong name. Calling death banishment is like cutting off my head with a golden ax and smiling as I'm murdered.

FRIAR LAWRENCE: Oh rude and unthankful boy! The law calls for your death, but the kind prince has taken sympathy on you and turns that death to banishment. This is kind mercy, and you don't realize it.

ROMEO: It's torture, not mercy.

Heaven is here, where Juliet lives! Every cat and dog and little mouse, every unworthy beast lives here and may see her, but Romeo cannot! 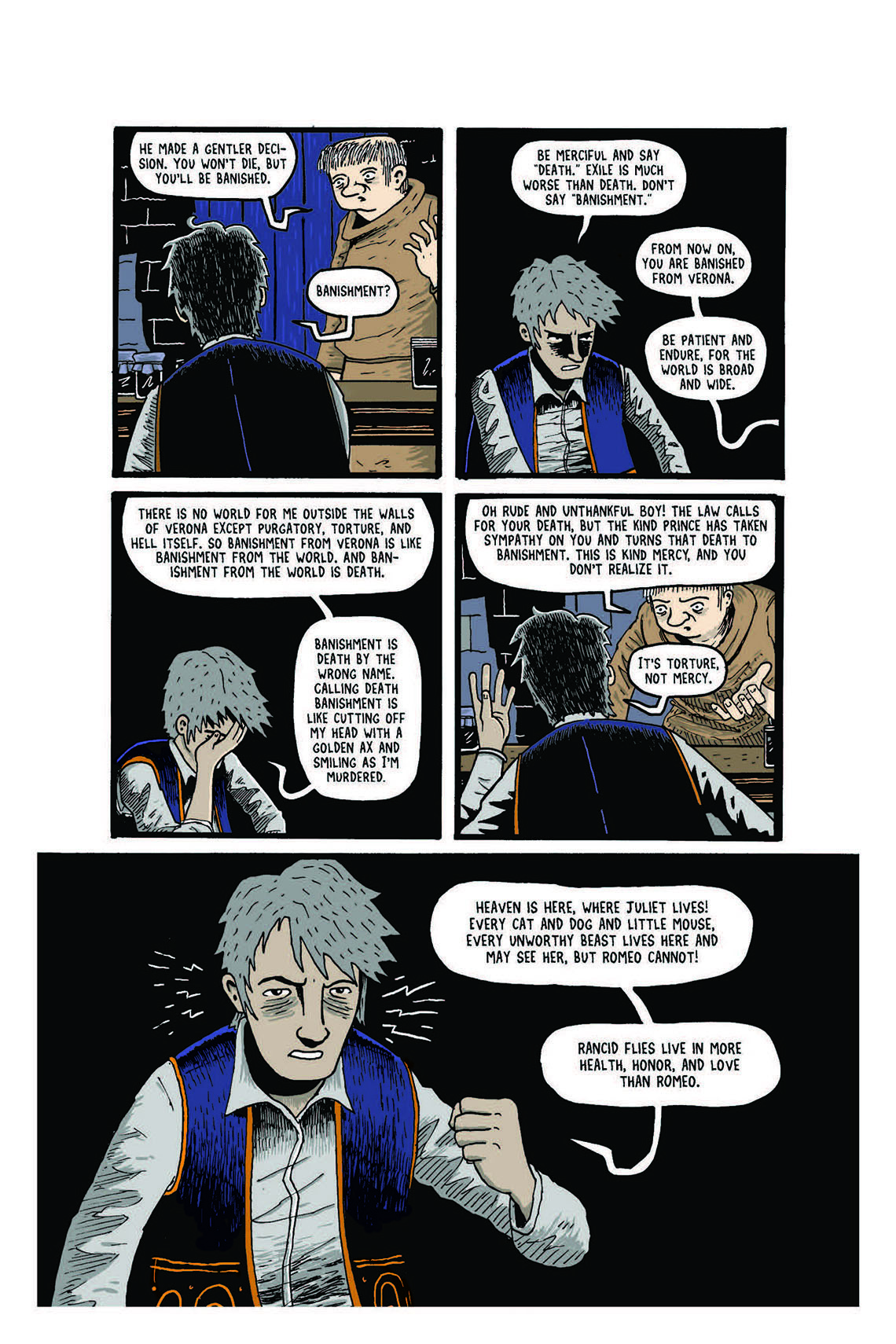