Want study tips sent straight to your inbox? Sign up for our weekly newsletter! 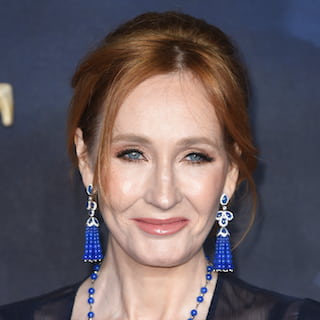 J. K. Rowling began her career in the early 1990s, writing on restaurant napkins and drinking cups of espresso while her newborn baby daughter, Jessica, slept at her side. Recently divorced and living on welfare, Rowling could not afford to properly heat her small apartment, nor could she buy a word processor, so she instead spent her days in cafes and wrote nearly all of her first novel by hand. The result of Rowling’s work, Harry Potter and the Sorcerer’s Stone (Harry Potter and the Philosopher’s Stone in the U.K.), was passed over by dozens of publishers, each believing it to be too long, too complex, and far too slow.

Eventually, in 1996, British publisher Bloomsbury Press bought the book, and Rowling’s career exploded almost overnight. Harry Potter and the Sorcerer’s Stone set record sales, made literary history, and changed the way children read forever. Quickly, Rowling began gathering prestigious awards. Harry Potter and the Sorcerer’s Stone was eventually named Children’s Book of the Year at the 1997 British Book Awards, and in 1998 the book was pronounced Best Book of the Year by both Parenting magazine and the New York Public Library and deemed one of the best books of 1998 by Publishers Weekly, School Library Journal, and Booklist.

Still, Rowling has had to contend with considerable backlash, particularly from Christian groups who believe the series’ pagan imagery is dangerous to their children. Since 1999, the Harry Potter books have sat atop the American Library Association’s list of most protested books, with some American churches banning the books altogether. Rowling has cited her inspiration for the series as the idea that we could have a child who escapes from the confines of the adult world and goes somewhere where he has power, both literally and metaphorically. Consequently, many of the books’ supporters argue that the idea of a child controlling his own destiny, making profound choices, and learning to control his environment is what frightens parents, and it is not necessarily the occult implications that have led to the books’ controversial reception. Regardless, the Harry Potter books have been licensed for a series of successful Warner Brothers films. In March 2001, Rowling received an OBE (Order of the British Empire) medal of achievement from Queen Elizabeth II of England. She married her second husband, Dr. Neil Murray, later that same year. Rowling’s immense success has guaranteed her a secure spot in the literary canon.

The wizards represent all that the true "muggle" most fears: They are plainly outcasts and comfortable with being so. Nothing is more unnerving to the truly conventional than the unashamed misfit!

The world is full of wonderful things you haven&rsquo;t seen yet. Don&rsquo;t ever give up on the chance of seeing them.

We do not need magic to transform our world. We carry all the power we need inside ourselves already. We have the power to imagine better.

Harry Potter and the Sorcerer's Stone

Harry Potter and the Chamber of Secrets

Harry Potter and the Prisoner of Azkaban

Harry Potter and the Goblet of Fire

Harry Potter and the Order of the Phoenix

Harry Potter and the Half-Blood Prince

Harry Potter and the Deathly Hallows

Fantastic Beasts and Where to Find Them

Quidditch Through the Ages

The Tales of Beedle the Bard